At the 10th anniversary of the Olympic games in London, the recent Commonwealth Games in Birmingham and England’s Lionesses winning the UEFA European Women’s Championship, there has been much talk of legacy and the right goals.

Did the Olympics turn us into a nation of active beings? Will the Commonwealth Games? Will we pitch up to watch women’s football at league level? Will girls get to play football at school?

During the pandemic lockdown we were – most of us – very good at pounding out for our hour a day of exercise – some of us carried it on afterwards – but many who were active pre-lockdown never got back to the same level of activity once the restrictions were lifted.

Whatever the level of enthusiasm in the moment, it rarely profits us in the way we might hope. Considering the UEFA Women’s Euro, it may be a numbers game, as 17.4 million tuned in to watch the final with 5.9 million on digital streaming, attendance at Wembley was at 87,192 the largest for any European game, overall 480,000 attended the tournament, Sarina Wiegman’s team is unbeaten in 19 games, has scored 104 goals and conceded just 4.

Some of the numbers, however, are less than inspirational: the average salary for a Women’s Super League player is £47k a year while some of the top male players can earn £300k plus a week.

A class of their own, but not yet

What of the legacy from the Euro Cup tournament and the call for girls to be given the option to play football in PE? The Department for Education (DfE) is not apparently committing to making sure that girls have equal access to football in schools, even after the Lionesses’ win in the Euros.

‘Government guidance published by the DfE fails to guarantee that girls be offered the same football lessons as boys but says they should instead be offered ‘comparable activities’.

According to Sport England there are 313,600 fewer women than men who are regularly active, when asked, 13 million women said they’d like to do more sport and physical activity and four in 10 women are not active enough to ensure they get the full health benefits.

Women drop out of sports because they lack access, says the Women’s Sports Foundation, adding that girls have 1.3 million fewer opportunities to play high school sports than boys have. ‘Lack of physical education in schools and limited opportunities to play sports in both high school and college mean girls have to look elsewhere for sports –which may not exist or may cost more money. Often there is an additional lack of access to adequate playing facilities near their homes that makes it more difficult for girls to engage in sports,’ it says.

And why should they stay in sports? According to the Foundation: ‘Through sports, girls learn important life skills such as teamwork, leadership and confidence.’

Perhaps the legacy we should really hope for in society is that which relates to diversity in our schools, on the pitches and in the workplace.

As the Chartered Institute of Personnel and Development (CIPD) says: ‘To reap the benefits of a diverse workforce it’s vital to have an inclusive environment where everyone feels able to participate and achieve their potential. While UK legislation – covering age, disability, race, religion, sex and sexual orientation among others – sets minimum standards, an effective inclusion and diversity strategy goes beyond legal compliance and seeks to add value to an organisation, contributing to employee wellbeing and engagement.’

One could fear that the legacy of the Euro cup will be purely financial – with little of the available financing reaching the masses – or the women’s game.

Not that it’s very easy to invest in football and certainly not women’s football. As one fund manager said: “All the women’s football clubs are currently loss making and are being subsidised by their male counterparts.”

Individuals can only buy shares in a football team if the shares are publicly traded and the club is not privately owned.

But the real investment is in encouraging our girls and our boys in playing football together and then on equal terms as they get older. The real legacy as a society, as investors, and as employers is to invest in the goals of our young people, the goals of our employees, and, where diversity and inclusion is concerned, not to score own goals.

Photo by Markus Spiske on Unsplash 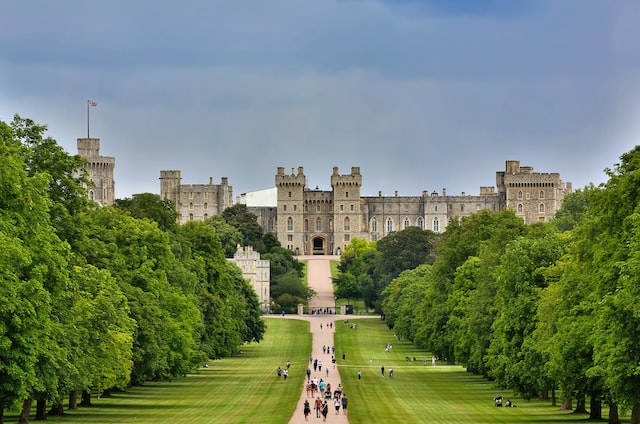